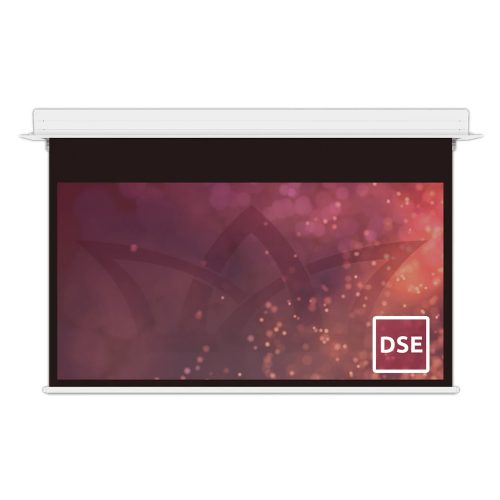 WHAT IS THE DELUXE IN-CEILING

The Deluxe In-Ceiling Series is a collection of in-ceiling, motorized electric projection screens designed for installations requiring a concealed in-ceiling projection screen. They are ideal for multi-usage environments such as schools, conference or training rooms, houses of worship, or other venues where the screen needs to be hidden for aesthetic or functional reasons.

The trapdoor at the bottom of the case opens automatically to allow the screen to lower, and closes when not in use.

Deluxe In-Ceiling Series screen scan be operated in several convenient ways: The included RF receiver with handheld remote, an external IR receiver connected to the IR eye port, and the 5-12 volt trigger connection allows fully automatic operation synchronizing the screen with the power cycle of a compatible projector. RS-232 control is also a standard feature of all Deluxe In-Ceiling models.