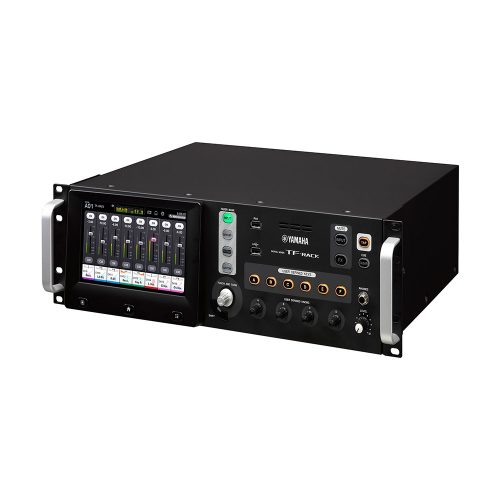 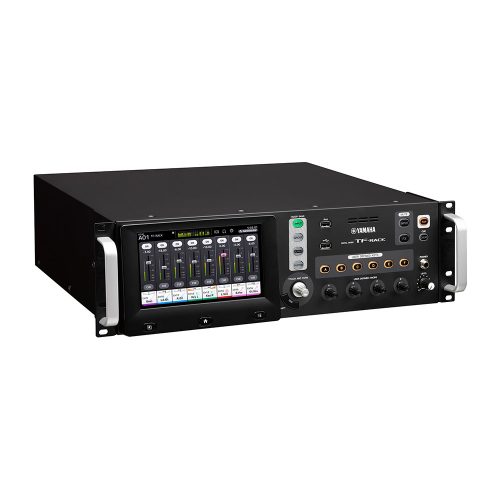 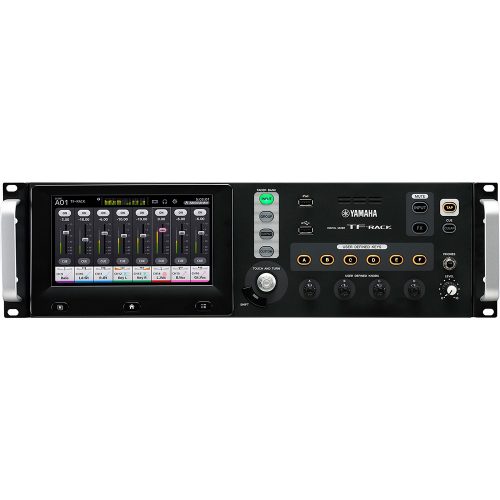 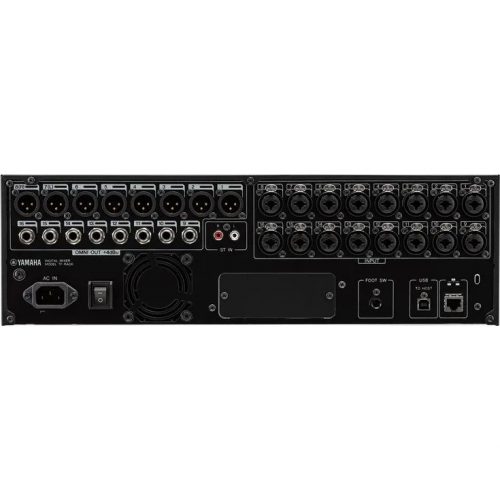 TF-RACK is a compact rack-mount version of the TF Series digital mixing consoles, offering the same levels of performance and groundbreaking operability.

Faithful reproduction of the on-stage sound is the foundation, then creativity can take over. Yamaha’s unswerving approach to live sound reinforcement is alive and well in the TF series. The input stage of any console has a notable effect on its sonic character. The TF consoles feature acclaimed D-PRE™ microphone preamplifiers that not only deliver outstanding quality, but are recallable as well. Circuitry and individual components have been reassessed and redesigned where necessary to achieve extraordinarily pure, natural sound. That solid sonic foundation is backed up by an updated selection of high-performance processors and effects. Input and output channel processors such as EQ, gates and compressors are complemented by eight processors that provide a broad spectrum of creative capabilities.

The TF series goes a step further with three dedicated apps: TF Editor, TF StageMix and MonitorMix. These apps feature user interfaces which seamlessly extend the console on any device.

In developing the TF series Yamaha engineers built from their existing base of acclaimed high-end mixer interfaces, adding intuitive control in an interface optimized for the type of touch panel control that has become a familiar feature in a wide range of applications. Allowing most operations to be carried out via the touch panel alone, the innovative TF series interface will quickly become second nature to a broad spectrum of users. Whether you have experience with Yamaha digital consoles, work with other digital consoles, operate analog consoles, or have never operated a mixer before, TF consoles will lead you to the desired results quickly and effortlessly through a smooth, efficient workflow. The availability of physical controls surrounding the touch panel further enhances control versatility and precision. 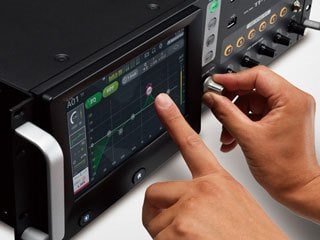 When you need extra precision for a fine EQ or other adjustment, the physical Touch & Turn knob is always available right beside the touch panel. There are also four User Defined Knobs below the panel that can be assigned to control compressor threshold, EQ gain, or other parameters you need fast, direct access to while mixing. The knobs always affect the currently selected channel.

Versatile Connectivity for a Wide Range of Applications

TF-RACK is equipped with 16 mic/line + 1 stereo line inputs and 16 ouputs on its compact body and also has a slot to mount optional expansion card NY64-D. Like other TF series, TF-RACK can easily add up to three Tio1608-D I/O racks with NY64-D card using the console's QUICK CONFIG mode. TF-RACK is equipped with 16 microphone/ line inputs, 16 line outputs (8 XLR and 8 TRS), and USB connectivity for PC multi-channel Playback/Recording and so on. A TF-RACK can cover so many applications. The Tio1608-D is a Dante-equipped I/O rack with 16 microphone/ line inputs and 8 line outputs. Tio racks feature the same recallable D-PRE™ microphone preamplifiers as the TF series delivering extraordinarily natural and musical sound. In combination with TF series consoles, Tio racks can be connected using up to three units with a fast and easy setup. * Optional NY64-D Card is required.

TF-RACK can create a versatile stage box system with up to 64 inputs and 40 outputs in conjunction with the Tio1608-D I/O and NY64-D, all mounted within a compact rack.